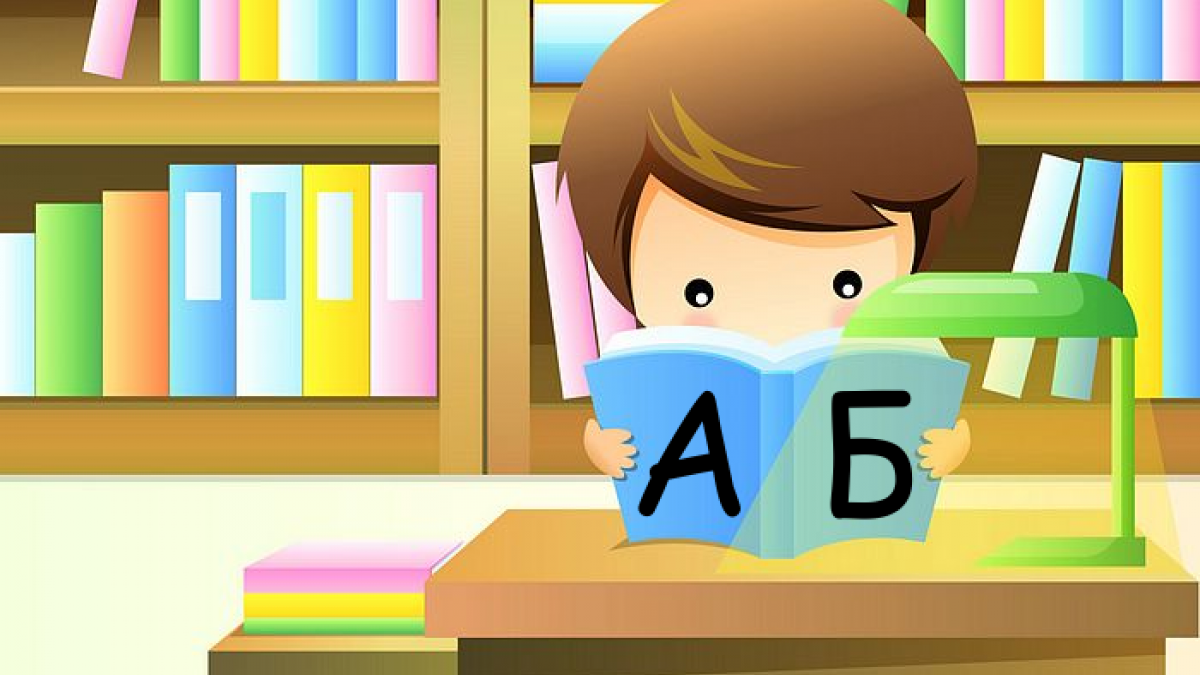 Additional Protocol to the Council of Europe Anti-Doping Convention

The Additional Protocol entered into force on April 1, 2004. It reinforces the application of the convention by introducing a binding monitoring system. This is to ensure that doping controls by States Parties to the Convention is carried out on their territory on athletes originating from other States Parties to the Convention. It aims to discourage the conclusion of multiple bilateral agreements and to increase the effectiveness of anti-doping controls. This monitoring is carried out by an evaluation team, which can decide to organise a visit to any State Party, after reception of an evaluation report. The Protocol makes it an obligation for Parties to be available for evaluation, thus making the Anti-Doping Convention one of the few international conventions with a stringent control system.

A report from a laboratory or other entity approved by the World Anti-Doping Agency that, consistent with the International Standard for Laboratories and related technical documents, identifies in a sample the presence of a prohibited substance or its metabolites or markers (including elevated quantities of endogenous substances) or evidence of the use of a prohibited method.

Activities specified by the World Anti-Doping Code and the International Standards to be carried out by Anti-Doping Organizations, and their third-party agents, for the purpose of establishing whether anti-doping rule violations took place, including:

• collecting whereabouts information; • conducting testing • performing results management • determining whether an athlete’s use of a prohibited substance or method is strictly limited to legitimate and documented therapeutic purposes; • educating athletes and athlete support personnel on their rights and responsibilities; • conducting investigations into anti-doping rule violations and initiating legal proceedings against those who are alleged to have committed such a violation.

Any person who participates in sport at the international level (as defined by each international federation), the national level (as defined by each national anti-doping organization, including but not limited to those persons in its registered testing pool), and any other competitor in sport who is otherwise subject to the jurisdiction of any signatory or other sports organization accepting the World Anti-Doping Code. All provisions of the World Anti-Doping Code, including, for example, testing and therapeutic use exemptions, must be applied to international- and national-level competitors.

Program aiming at educating athletes about the dangers and consequences of doping, and their rights and responsibilities in the doping control process. The World Anti-Doping Agency’s Athlete Outreach Program was launched in 2001 and has been carried out at dozens of major multi-sports events. The Athlete Outreach Program recruits a team composed of anti-doping experts from around theworld to interact with participants to raise awareness about doping.

Any coach, trainer, manager, agent, team staff, official, medical, paramedical personnel, parent or any other person working with, treating or assisting an athlete participating in or preparing for sports competition.

Information provided by or on behalf of a limited number of top elite athletes about their location to the international sport federation or national anti-doping organization that included them in their respective registered testing pool as part of these top elite athletes’ anti-doping responsibilities. Whereabouts information details the athlete’s location on a daily basis in order to enable no advance notice testing.

Purposely engaging in conduct that constitutes a substantial step in a course of conduct planned to culminate in the commission of an anti-doping rule violation. Provided, however, there shall be no anti-doping rule violation based solely on an attempt to commit a violation if the person renounces the attempt prior to it being discovered by a third party not involved in the attempt.

A report from a laboratory or other entity approved by the World Anti-Doping Agency which requires further investigation as provided by the International Standard for Laboratories or related Technical Documents prior to the determination of an Adverse Analytical Finding.

An official who is qualified to and has been authorized by an Anti-Doping Organization to collect a blood sample from an athlete.

The national appellate body for decisions on anti-doping rule violations rendered by the Disciplinary Commission with the Bulgarian Olympic Committee.

Sequence of individuals or organizations who have the responsibility for a doping control sample, from the provision of the sample until the sample has been received by the laboratory for analysis.

Official who is trained and authorized by the anti-doping organization to carry out specific duties including one or more of the following: notification of the athlete selected for sample collection, accompanying and observing the athlete until arrival at the doping control station, and/or witnessing and verifying the provision of the sample where the training qualifies him/her to do so.

The Council of Europe Anti-Doping Convention is the first international legal reference instrument in the fight against doping. The Anti-Doping Convention was open for signature on November 16, 1989. It has so far been ratified by 51 states and is open to non-member states of the Council of Europe. The Convention sets a certain number of common standards and regulations requiring parties to adopt legislative, financial, technical, educational and other measures.

Court of Arbitration for Sport (CAS)

Institution which is independent of any sports organization and provides services in order to facilitate the settlement of sport-related disputes through arbitration or mediation by means of procedural rules adapted to the specific needs of the sports world. CAS is often referred to as “sport’s supreme court.” WADA has a right of appeal to CAS for doping cases under thejurisdiction of organizations that have implemented the World Anti-Doping Code.

The Disciplinary Commission with the Bulgarian Olympic Committee is the national authority responsible for conducting hearings on all matters related to anti-doping rule violations as well as for determining the type and the period of the sanctions.

Disqualification means that the athlete’s results in a particular competition or event are invalidated, with all resulting consequences including forfeiture of any medals, points and prizes.

All steps and processes from test distribution planning through to ultimate disposition of any appeal including all steps and processes in between such as provision of whereabouts information, sample collection and handling, laboratory analysis, therapeutic use exemptions, results management and hearings.

An official who has been trained and authorized by an Anti-Doping Organization with delegated responsibility for the on-site management of a sample collection session.

The location where a sample collection session is conducted.

A series of individual competitions conducted together under one ruling body (e.g., the Olympic Games, FIFA World Cup, or Commonwealth Games).

The time between the beginning and end of an event, as established by its ruling body.

A failure by the athlete (or by a third party to whom the athlete has delegated this task in accordance with applicable rules) to make an accurate and complete filing of whereabouts information.

A team of observers, under the supervision of the World Anti-Doping Agency, who observe and may provide guidance on the doping control process at certain events and report on their observations.

Athlete or other person is barred for a specified period of time from participating in any competition or other activity or funding (due to commission of an anti-doping rule violation).

Any sport that is not a team sport.

An international non-governmental organization administering one or more sports at world level.

A compound, group of compounds or biological parameter(s) that indicates the use of a prohibited substance or prohibited method.

Any substance produced by a biotransformation process.

A natural person who has not reached the age of majority as established by the applicable laws of his or her country of residence.

A failure by an athlete who is included in a Registered Testing Pool to be available for testing at the location and time specified in the 60-minute time slot identified in his/her whereabouts filing.

The entity(ies) designated by each country as possessing the primary authority and responsibility to adopt and implement anti-doping rules, direct the collection of samples, the management of test results, and the conduct of hearings, all at the national level. This includes an entity which may be designated by multiple countries to serve as regional anti-doping organization for such countries. If this designation has not been made by the competent public authority(ies), the entity will be the country's national Olympic committee or its designee.

A national non-governmental organization administering one or more sports at a national level.

A doping control which takes place with no advance warning to the athlete and where the athlete is continuously chaperoned from the moment of notification through sample provision.

No Fault or Negligence

The athlete's establishing that he or she did not know or suspect, and could not reasonably have known or suspected even with the exercise of utmost caution, that he or she had used or been administered the prohibited substance or prohibited method.

No Significant Fault or Negligence

Out-of-Competition Any doping control which is not in-competition.

A urine sample whose volume is not suitable for analysis. The partial sample collection process is explained in detail in Annex F of the International Standard for Testing.

Any athlete or athlete support personnel.

The list identifying the prohibited substances and prohibited methods.

Means that an athlete or other person is barred temporarily from participating in any competition prior to the final decision at a hearing in relation to a doping case.

Any biological material collected for the purposes of doping control.

All of the sequential activities that directly involve the athlete from notification until the athlete leaves the doping control station after having provided his/her sample/s.

An athlete or other person’s full disclosure in a signed written statement of all information that he/she possesses in relation to anti-doping rule violations, and full cooperation with the investigation and adjudication of any case related to that information, including, for example, presenting testimony at a hearing if requested to do so by an anti-doping organization or hearing panel. Further, the information provided must be credible and must comprise an important part of any case which is initiated or, if no case is initiated, must have provided a sufficient basis on which a case could have been brought.

Altering for an improper purpose or in an improper way; bringing improper influence to bear; interfering improperly; obstructing, misleading or engaging in any fraudulent conduct to alter results or prevent normal procedures from occurring; or providing fraudulent information to an anti-doping organization.

A sport in which the substitution of players is permitted during a competition.

The utilization, application, ingestion, injection or consumption by any means whatsoever of any prohibited substance or prohibited method.

The World Anti-Doping Agency is the international independent organization created in 1999 to promote, coordinate and monitor the fightagainst doping in sport in all its forms at the international level. The Agency is composed and funded equally by the Olympic movement and governments of the world. Its key activities include scientific research, education, out-of-competition testing, development of anti-doping capacities and monitoring of the World Anti-Doping Code.

The core document that provides the framework for harmonized anti-doping policies, rules and regulations within sport organizations and among public authorities. It works in conjunction with five International Standards aimed at bringing harmonization among anti-doping organizations in various areas: testing, laboratories, Therapeutic Use Exemptions (TUEs), the List of Prohibited Substances and Methods, and for the protection of privacy and personal information.

An anti-doping laboratory accredited by the World Anti-Doping Agency in compliance with the International Standard for Laboratories, applying test methods and processes to provide evidentiary data for the detection and, if applicable, quantification of a threshold substance on the Prohibited List in urine and other biological samples. The World Anti-Doping Agency has been responsible for accrediting and re-accrediting anti-doping laboratories since 2004.

WADA’s ultimate policy-making body responsible for the management and running of the Agency, including the performance of activities and theadministration of assets.

WADA’s supreme decision-making and controlling body. It is composed equally of representatives from the Olympic Movement and governments.